Jared Reston is a retired SWAT police officer with over 20 years of experience. He owns and operates Reston Group which specializes in pistol, rifle, and tactics training. 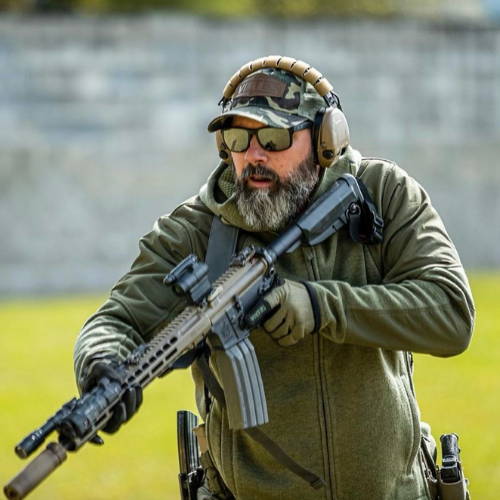 Jared Reston retired from Jacksonville Sheriff’s Office (JSO) as a SWAT law enforcement officer after 20 years of dedicated service. Many of those years were spent as a Detective in the Department of Homeland Security/Gang Investigations Unit. He was also the assistant team leader and lead firearms instructor for the SWAT team. He was involved in the successful resolution of over one thousand SWAT missions, including several lethal force incidents.

Jared had the opportunity to train with, and be trained by, some of the finest firearms and tactics instructors in the country. He now uses his experience to train professional clients as well as prepared civilians with the proper tools to successfully resolve their own critical incidents.

“One of the valuable lessons I learned during my time as a police officer was that I couldn’t afford to have gear that wasn’t reliable. I needed it to work – every time. That’s why I choose Aimpoint sights for my rifles and pistols, because I knew they wouldn’t let me down when it mattered most. Not only have I proudly used Aimpoint sights my entire career, I have also recommended them whenever anyone asked. In over two decades of doing this, I have never received back a negative comment.
”
– Jared Reston