The difference in rifle and pistol techniques seem so widely different that they shouldn’t share the same thought. In the following article, we’ll discuss the similarities and how we can exploit them to make the most of our training time.

Pistols and rifles have specific methods based on their individual design compromises. I use the word “compromise” because most of the elements that change are based on parts of the design that service benefits we access from the individual tool.

Rifles do things that pistols don’t and vice versa. The benefits we get from a rifle often require a stock (stability, enhanced ballistics). Using that same logic in the other direction, the things we get from a pistol remove that stock (concealability, ease of carry).

So, what are some of the common considerations we can glean from either?

To begin, let’s think of the relationship with the gun (rifle or pistol) in reverse order. Most of the time, we consider the tool to be more important than the user. We do this unconsciously because the tool is an introduced element (or variable). In reality, the tool is far less complex than our interface with it. This means we are the most important consideration in the use of the gun. 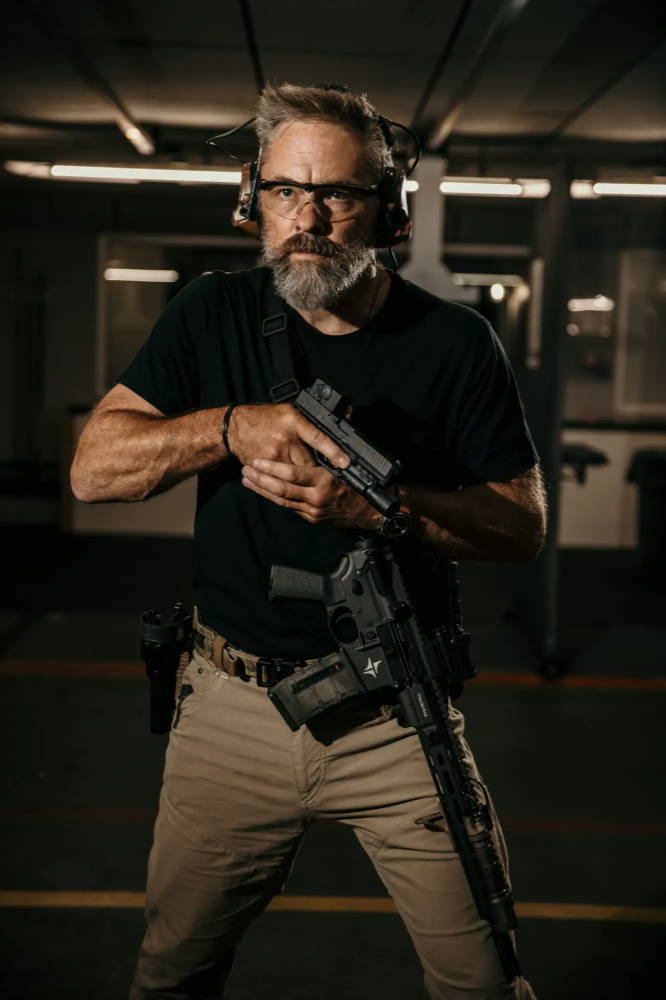 After safety, our first responsibility to the shot is aiming the gun. The way we do this is surprisingly consistent across almost every weapon type. It’s a matter of concentration… or better said: placement of concentration. Every person I know that is a good shooter has mastered this specific part of the process. Some of them have mastered it to the extent that the rest of their “fundamentals” look ineffective. What’s happening is that they are aiming the gun regardless of the inputs of error.

This is true between rifles and pistols. If the shot occurs while the red dot (or irons) is hovering over the target, the bullet will go there.

The next is our relationship with recoil. Rifles and pistols exhibit radically different recoil patterns. Because of that, we have to adopt different ways of managing each. Our goal, on the other hand, should be the same. We should be training ourselves to enact forces on the gun that return the sight picture as quickly as possible, rather than trying to stop the gun from moving. Think of your interface with the gun as “spring steel” as opposed to something welded in place. This will allow for the gun to move and return, rather than trying to dampen something you’ll never really be able to stop.

These efforts should also be as neutral as we can make them. What this means is that we should not have to time them or really think about them at all. Put them in place and forget them. The more we think about them during the shot… the less effective they will be and the less accurate we will be.

Lastly, we should consider ourselves “downrange thinkers.” This is probably the most commonly held skill between the two platforms. So often we find ourselves trapped “back” at the gun and forget that the most important interaction is happening where the bullet impacts. Thinking too much about the tool makes for bad craft. Whether you have a pistol in your hand or a rifle on your shoulder, all of your training should be directed at making target focus easier.

These are deceptively simple methods for making shooting less of a segmented, deeply stratified skill, and more of a way of thinking. Move in this direction and you’ll get better… and it will become much easier.

Don’t be a “rifle shooter” or a “pistol shooter” – be a shooter. They have much more in common than you think.

Until then, train smart. 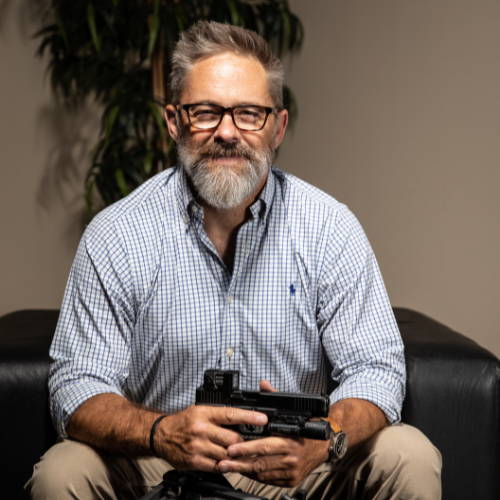 Posted by Duane Buckner, Aimpoint US Director of Training on Jan 10th 2023